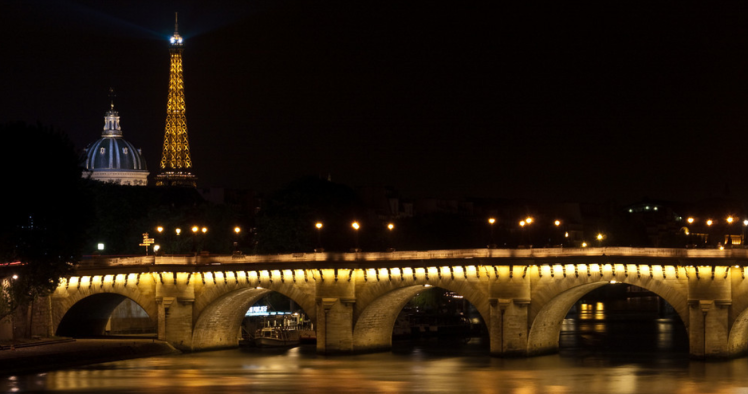 When did I cross the bridge?  I don’t seem to speak well, but it doesn’t stop me from trying. It’s no wonder the results from our exam were the highest in that arena. I’m not scared to sound horrible, as long as I’m understood. I’m alone very often trying to explain things to everyday people at the hardware store and pharmacy. Pia assures me that she understands me, and she is my gauge for now.

In Eat, Pray Love…. when Julia decided to be the “Silent One,” she was nominated to the welcome committee. I imagine that I will be quiet and be rewarded in some way. I’m not that girl and as a result, I don’t understand as much as I can speak. Every other section I was graded on fell straight down the middle and I received the same score as my first test. I started in on level B1 which will the longest of all the classes I have taken so far. It will last 8 weeks.

Claude and I decided that since I cannot work legally yet, that I should better my skills and continue with school. I had hoped to be father along by now, which I know understand is unrealistic. The homework and studying make it a very long day. The Metro is my study hall where I finish homework and listen to French lessons and books. I use the school library to study, and to get a leg up on the possible activities’ we will be conquering in class.

We managed to get a school field trip in last Monday, celebrating at  a wine bar in Saint Michelle. I thought it was Saint Germaine, but I have been corrected. Monique’s visit allowed me to spend a bit more time in the area, and I have grown to love it. Since Prince Charming is working, I have had to find a way to get to the places I have added to my ongoing list.

After the A2 “Final Exam,” we lost Sarah and Ai, who didn’t join the rest in a congratulatory and farewell drink. They never responded to the invite and Martin had already left the city for the South of France on his way to the Vatican. Dabin is much too shy with us and also bowed out as well.

There were 10 of us including Pia and a news student that started this week. I’m not sure how long Rachel from Vietnam will be with us, but she is very smart and married to a French man, so I’m thinking she is here long run. The other new student is a Canadian teacher only in class for 2 weeks ,and Chun Yi will be leaving at the break as well. Dabin will change schools after the break. I am not completely sure why, she is not good at English or French which leaves us with not much of a conversation. We shared a couple bottles and a lot of laughs which is much needed. School will close in a week and reopen after the holidays and the class will change again.

Marcos, who’s wedding is this weekend will continue on in B1 and promises to be back after the break as well. I met his future husband when the 3 of us met up at Euro Disney. They are my Fitzgerald’s from Hemmingway’s A Moveable Feast.

I am excited to get to know them more, which is destiny. Antonia my sweet Cypriot who has been in the class with me since the first day will not be sure of her post-holiday class plans for another week or so; but, I will see her regardless and hope that finances will allow her to join me for the completion of B1.

Maeve will also continue and I’d like to get closer to her as well. She revealed the 3 leaf clover pressed in her notebook that I gave to her after learning of her Irish roots. On the rare occasion I have to drink with her, we toast “Arthur,” the Guinness founder.

Claude picked me up at school and we went to dinner at L’Avant Comptier. I had been to their sister restaurant a couple times but not to the smaller more exclusive French Tapas Bar. I’d wanted to share it with him and we fell in love with the unique little dishes in my favorite quartier before seeing a movie around the corner.  I thought it was Saint Germaine, but I have been corrected. Monique’s visit allowed me to spend a bit more time in the area, and I have grown to love it.

One bedroom wall is painted now and despite slight setbacks like the weird black spots, we have patched, sanded and primed for, “painting the walls in the bedroom-part II: the return of the roller .” Claude decided to patch around the lightbulb on the wall I thought was completed, so I will be retouching that and possibly doing a white coat around the window wall if time allows. The goal is to have the room painted this weekend so that we can get the next big IKEA trip in, to purchase the bed frame, side tables, self and rug to finish off one room before Pierre arrives.

For those of you playing along at home, Pierre was a hair stylist for a very long time. From the tales Claude has told, he was flown by royalty to do their hair for special occasions’ not sure how long he has lived in Argentina, but I look forward to learning more. Pierre will be getting rid of his apartment here and will need help. He arrives next week for 3 weeks and I’m excited as I haven’t met him before and really need a haircut.

Claude and his other brother Laurent have started to talk again and it is slowly getting better. He has little boy fantasy of a “Family Christmas,” with his brothers and his mom and me. None of them talk to each other and if they managed to all be in the same room, I’m not sure how long it could last before the volume would raise. They are a very passionate family; I am not sure if it is the French or the Spanish or the combo of both. Either way, I’ll be happy cause I’ll be with Claude for sure. The restaurant he works at will be closed on Christmas Day.

I told him that we need to leave the city one day. We haven’t been out of Paris in 3 months and I’m starting to feel the lack of transportation and adventure this new life was supposed to offer. We had planned to go see things and got to busy living life and not the dream. We are planning to visit Jessie in Italy in March and April seems to be bringing people to town as well.

So the bridge was crossed and I started to think about the future here and not the obstacles. I’m in a small suburb on the edge of Paris, and I like to think they speak about the American on the street that neighborhood kid brought back with him. Rather than that mute lady with the French man that has an American accent.

I count myself lucky that I can text a few people from school and it doesn’t have to be about homework. The days go quickly and I wonder what will come next. I walked over Pont Neuf to the Metro leaving the wine bar the other night. I could see the Eifel Tower glowing over the tops of the trees and breathed deeply and dreamily at the Sienne at night. Maybe that night I crossed the bridge in more than one way.