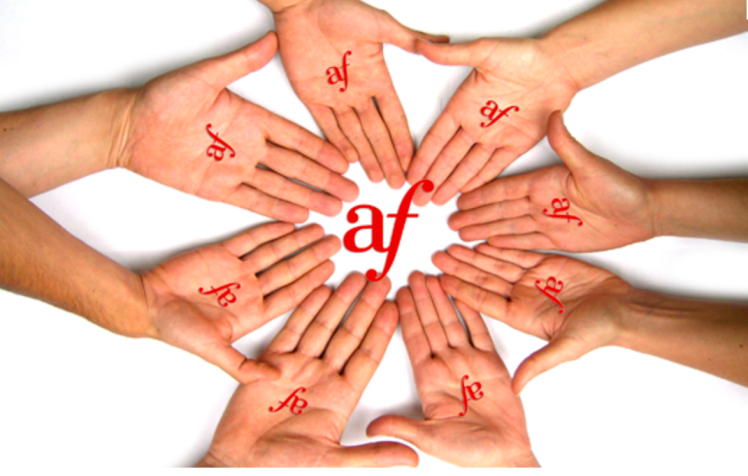 I tried to explain to him that my laughter was a result of the challenge that the American language can be. The word “Kaleidoscope.” is not easy to master and is also the name of a mall near our home in San Clemente, therefore, it makes perfect since that we use it to describe the location of a specific store or theater. I didn’t understand till now how upsetting it is to be “laughed at”. Even though I was laughing at the “word,” and, the difficulty it caused, Claude felt stupid and I finally understand that. I had thought after his upset that it could be me someday and it has come to pass. My teachers stifle giggles often, and I know they are not laughing at us, but at the situation. Either way, it feels like they are laughing at me, and I sympathize with Claude.

Weeks 6 of the “A2” class ends with an evaluation this Thursday. They say it is not an exam to take too seriously but it is a test, and has everyone on edge. “A1,” was a 4-week class and despite the teacher telling a student not to go to “A2,” she did and last week she faced the music and with encouragement from several others, she left the class to go back a few weeks.

I was happy to see her go since I knew that each day was harder for her than it should be and we all held our breathe when she was called on to respond, knowing it would be painful to watch. She is very smart and successful, and she received a scholarship to come to France for a year to learn the language so I’m sure she will go home successful, and wonder why she was pushing to advance quicker than she could.

On the other hand, her leaving pushed me closer to the bottom of the class though the teacher is nice to say I am in the middle. All I know is that there is one less person behind the pack for the wolves to get and I have to up my game to stay in the race.

When I told Pia I felt that I should also retake “A2,” she said we could talk more but that I was right in the middle of the class and was doing fine. I was too embarrassed to tell her that I’m a cheater and I use the computer and French husband to hide my lacking abilities. Either way the exam will expose the truth soon enough.

The exam consists of a section for comprehension. A Witten exercise and an Oral evaluation done with the teacher. It seems that we are expected to go to “B1,” unless he has a conversation with us prior to then since results will not be available for us to review until a week after the exam is given and we are already in the next class.

I have been struggling to find my next path. I have an additional 2 weeks paid for after this week. The next class is 6 weeks but it is divided into 2 parts since the school will close for the winter vacation in Mid-December. I have been told that the another session of “B1” will start when school resumes in January. But this would be a good 5 weeks later and I worry being out of class so long. I am torn on what to do and Claude got time off and finally feels ready to go somewhere and do things with me, and that has been a good part of why we moved.

Sarah, came it class today 2 hours late to say “goodbye.” Seems she feels she will need to retake the class as well. My villain of the story has come to be endearing as her skills are rapidly diminishing. The majority of us can speak at least half as well as her now and she is more often quiet in class as a result of the lack of homework she does. It is refreshing to hear that she too feels that she hasn’t gotten to the level she feels she should be at as well. Although this commonalty is endearing, from what I can see she makes very little effort other than to speak out of turn.

She often misses classes and leaves early and doesn’t come prepared and is asked to remain quiet when another student is asked a question. It is wonderful to see that she is no longer the smartest in the class, merely the one that has more verbs. Either way, our kind teacher is trying to get her to come and finalize the last week with us to get the test and certificate of completion.

The week started with the addition of 3 new students as we lost Azer too who has gone back to Turkey to work on her Visa. Leaving me worried about my own papers. With more new faces, I have new adventures to create for my mysterious CIA agent classmate that are far more interesting in my imagination. Tom came and went in the week before heading to Moscow where he exchanges his New York accent for Russian.

Tanya Sofia the vegetarian martial arts expect from Portugal has become the new thinnest prettiest girl and Sarah retreats into her cell phone more often feeling her rein slip away. Chun Yi is a prosecutor from Taiwan that has been sponsored to come learn French this month to better enable him to become a judge at home. I’m not sure how that works, but he is truly a Clark Kent and much too nice to make up stories about.

As class winds down, the original group I started with in September is down to 4 and people are starting to talk about what will happen when class is done. Juan Marcos will be getting married and coming back to do the next class,” B1.” My sweetest friend Antonia from Cypress plans to do the same class and she too lives in Paris and will not be leaving. Maeve the Irish girl will continue only if the money can be worked out. She is about to give up her job and has some concerns, but we all do.

Tyler my American friend is off to the states to spend the holidays with family before a vacation on a remote tropical island. He will be back since he lives with his girlfriend in Paris unless the job offer in Vienna comes thru in which case he will commute on weekends to be with her. Martin will head to the south of France for a couple weeks before he goes to The Vatican to work for 6 months. He is the priest from Buenos Aries and speaks French with an Italian accent, you do need to take a moment to try this in your head. I suggest pinching your fingers together and hold shake them upright while saying Bonjour.

Dabin is Korean and doesn’t speak enough French or English for me to know what she will do next. She has taken to sitting next to me since she is one pf the original 4 and feels a little safer near me where she knows I will not pus her out of her speaking comfort zone.

Yuwei is married to a French man who works for Amazon and they settled in Paris recently, they have lived in several places and she is from Singapore. She is studying for a state given test for citizenship and will take a break from school to study till after the exam in January. It upset me a lot when she came to class because she is very good at everything, I didn’t know till recently she already had 2 years of French under her belt.

Ai is leaving for Los Angeles soon, and is a newly graduated pastry chef from the Cordon Bleu. She is young and very well situated in regards to money. From what I understand her boyfriend is 40 and she is 21. She told me she threatened to sue the US government in order to get Passport approved for life in Los Angeles. Again, it’s too good for me to make up. She is besties with Sarah for obvious reasons. Sarah too threatens people when not getting what she wants. I guess she told the school admin she would burn them down when she wanted something a while back. I understand why they didn’t report her.

Thanksgiving was a hard day. Claude was tired and on edge and encouraged me to go to his coworkers for dinner. I had a drink with the American girlfriend that came from Napa a while back and certainly felt comfortable with her, but never created a relationship. She works and is busy planning her upcoming wedding. I just didn’t feel comfortable going and I know missing a day of class is very hard to do.

Tyler and I decided we would celebrate together after class with a drink and invited the class with no taker other than our teacher Pia. Pia is amazing and it was great having a drink with her outside of class. We had celebrated at the Beaujolais Nouveau also and she is defiantly more fun to drink with than I imagine any of the students other than Azer.

Coming to the end of the school session is tough and I recall not wanting Olivier to leave and how I was nervous about a new teacher. Now with the separation anxiety approaching as I am about o loose another fearless leader who knows me better than anyone in regards to my French ability I feel the stress of the real world approaching. I am understood more in class than anywhere else.

My relationships with the family members grows as I am able to communicate more, but I have spent 4 hours a day, 5 days a week with over the last 10 weeks with these classmates. This Bakers Dozen has become family to me, supporting each other and cheering as we get through the obstacles. We are survivors of the war each day we fight with our native tongues. I will not forget these hero’s as we close this next chapter.