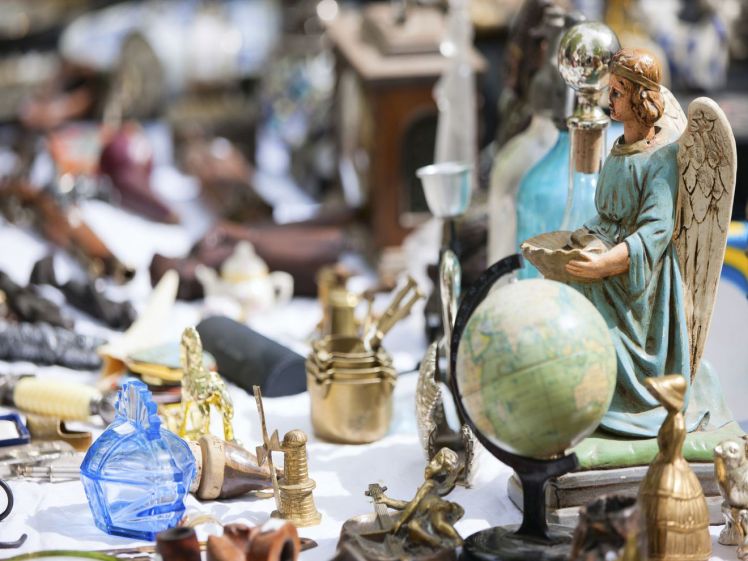 Sometimes when I’m on the road I wonder, how the settlers made it to California. I try to imagine the horse drawn wagon teams and how the lack of roads made even the shortest distant daunting. Not to mention the Rocky Mountains and unforeseen enemies like Indians and in climate weather.

Here I am in Paris, and I complain about it being so hard. I see refugees on the streets and in the Metro every day. I imagine they too don’t speak the language and worse off they, probably have many people living under the same roof and very few of them working legitimately.

Daily I have people come onto the train and recite a well-rehearsed monologue that I don’t understand. Ending with them coming down the aisle with hand or cup extended before they run to the next car to repeat their routine.

I don’t mind giving my pennies to the musicians that entertain me on my ride and I feel upset by the teen mothers toting crying babies on their hips for added affect. Sometimes, I bring food that will go bad in our home, and sometimes I just keep my eyes on my phone.

So many friends and family members have been so loving and supportive in their replies when I post my blogs, only to make me a bit more disappointed. I don’t write for encouragement. I appreciate it, and I know it must sound like I’m doing very badly. I really just want to share what is going on, both good and bad.  I fear that it sounds more like complaints and a giant pity party over here.

Each day has highs and lows and I try to stay positive but Friday night, I was far from it. By the end of class, I had decided to wander the rainy streets because I didn’t want to come home and the rain matched my mood.

Saturday required action. I set the alarm too early for Claude to be disturbed. Having gone to bed such a short time before my wake up call, I knew he would be sleeping soundly and I made it out the Livingroom to dress quickly and be out the door.

It was going to be a better day; I was determined to make it happen. After checking my Yelp bookmarks for the destination address of my adventure, I headed out. After going the wrong way on the bus, which has become a Saturday tradition, I made it to the third leg of the transit and began walking to the desired location. Just as I arrived, Claude woke and called to see why I was out so early and where I was.

I had set his alarm for him to be sure he didn’t feel rushed getting to work since I wouldn’t be there to make sure he was up. He was still a bit groggy when he asked me why I was in a cemetery. I had inadvertently mixed up my destinations, since both have rather long French names that I haven’t mastered. I have had the Cimetière du Père Lachaise on my list of destinations to visit for well over 5 years now.

It is famous for being the last resting place of Jim Morrison, Edith Piaf, Chopin, Oscar Wilde and several hundred other very famous people. It’s really beautiful, but it wasn’t on the agenda for the day therefore I had to leave. Now that I am experienced in finding it, perhaps that will be the Saturday I do not go the wrong way. I finally arrived much later than planned at

I had already gone to one flea market in the city and it proved to be less than desirable. It was mostly shops surrounded by stands all selling the same items and looking much like Venice Beach if it was raining.  The stands were flanked with stolen cell phones being shown like an old fashioned thieves holding raincoats open for you to pick your next watch.

Thankfully this flea market was exactly what I had hoped for. I had rushed because they close early and the good stuff has already been gone thru. I walked thru the streets lined with cars and trucks opened to the tables the vendor was able to set up with art, mirrors, photos, clothing and more. I found a few things I liked but they were out of my price range since I couldn’t figure out the number told to me by the owners.

Numbers have never been my strong point, but they are worse in France. The numbers often don’t have their own word. They are often a calculation. For instance, “soixante-et-onze” Is 71. It actually translates to “60+11” since the number for 60 is “soixante,” and 11 is onze. I know if they are requiring me to do math in my head to figure out the price, it’s out of my range and I left the market with nothing but experience and inspiration.

Since I had nothing to show for my efforts, I made my way to Habitat, since I have had luck there in the home furnishings arena of my outings. I had remembered a photo I liked and it had stayed with me and I figured out the prefect spot in the apartment for it. I went to get it and make the long trip back to the house with frame and all, no trip wasted with no car.

I made a quick lunch while I put the print in the frame and hung it and then headed out for the second half of the day. It was already sort of late, but I wasn’t expecting Claude and it was my day off, so I ventured into Créteil Soleil.

The Mall is in Creteil, the city just next to us. The Market is like a target with food, much larger than our local one. Its two stories and has just about everything you could want or need from bicycle’s to oysters. When I go, I’m usually mission specific, because it’s just too big, I like to explore to try and find what I have missed s far. Generally, I see 3 out of every 4 people walking into the store carrying a bag for Primark.

Primark is it at the other end of the mall and it was beyond crazy, and I needed to be prepared to tackle it and this was the day. It’s like a Forever 21. It has 3 floors of very cheap clothing good enough for a season or two if you’re lucky. I decided it was time to face the crowds and venture in. Wish several European sized jeans that would help me to understand my size better, I headed to the line that wrapped around the store for the dressing rooms. I was delighted that the line moved so quickly and ended up purchasing a pair of jeans I saw hanging on a rack as I made my way through it.

Leaving the store with 2 pairs of jeans, a shirt, a scarf and 3 pairs of tights for $48, I felt triumphant entering Carefour, and was again rewarded by my patience in finding the ever illusive tortilla. Mexican food is not big here, and as happy as I was to have finally found one, I couldn’t get myself to buy it. I was too afraid for the amazing number of preservatives that must be packed into it and have actually gotten used to crepes.

After wrestling the purchases up and down several flights of stairs I happily hit the books having felt the relief from my retail therapy. I was committed to putting time into my studies this weekend since I felt truly horribly about my lack of participation at the last class.

Sunday came with more delights. Marcos, who shall now be followed by the initials “M.H.” came with pastries and a smile as he helped Claude and I to contact the Internet/Cable company to get clarification on setting up the internet. After a good hour of phone conversations back and forth, we were rewarded with the Internet finally after 31 days of hijacking everywhere I could. Marcos MH, (my hero) stayed for a quick French lesson since I started asking silly things how to say my phone number correctly. Then he headed off and I showered and started the real part of my day. I decided to head into the city. It was later than planned, and I decided to save the museum and went to the Movie theater instead.

You do not see obese people in Paris. There is much too much walking for them and you rarely see wheelchair’s. The elevators and escalators rarely work when they are present. I hadn’t had lunch and decided it would be a deluxe outing and id get the works, candy, popcorn, a drink. They didn’t ask me if I wanted butter. Its not an option and they told me it was already salted when I asked about that. I walked away from the register paying 10 euros, which would have got me a soda at home. The movie was 11 euros and that is considered expensive.

The movie was packed. They offer a deal for movie goers that subscribe for the month. It’s a flat rate for all the movies you can watch in a month. Next month I’ll join since this theater has all English films. I was clearly the only American at that film, since the translation into subtitles often missed slight joke’s that I laughed loudly at.

I left feeling slightly superior,  and went to Muji, another of my newly  favorite stores, where I got a couple new trash cans to replace the broken ugly thing in our kitchen. Happily, I made it home to hit the books again. I end the night on the highest note having successfully installed my beloved Apple TV, allowing me access to English entertainment with a remote control. What could be better? A call from Claude that he’s off early and on his way home.