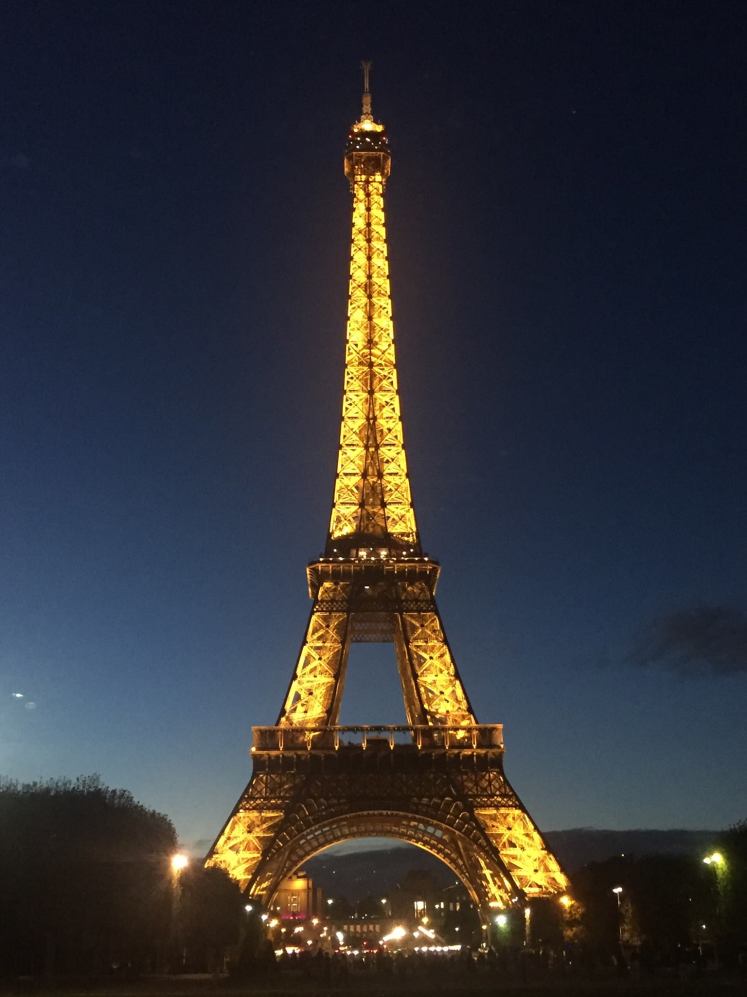 It’s been four weeks and so many things are better other than my attitude. I’m pretty sure I should be on antidepressants to even out my mood swings. Claude confessed the other night that a coworker in a similar situation had warned him. Seems they moved here from Napa, he is French and she is American. He enrolled her in the same school witch she gave up on after 4 weeks and is has been a roller coaster of emotions as well.

Today marks the last day of the third week of school and I’m enrolled for 3 months. I am glad because I know I’m nowhere close to real conversations in French. We had our first exam yesterday and next week is the end of the 1st level. I’m not sure if I passed the exam, but I have a week before they determine if I am capable of going to level 2.

My school is located in the 6th arrondissement. It is a nicer part of town, close to the Luxemburg Gardens. After the exam yesterday we went to a café in St. Germaine to celebrate and say goodbye to two of our fellow students that will be leaving class today. They both work and send their vacation here learning French.

Each Monday we see new faces in the class and now we will start saying goodbyes. It was a day like my mood. The test was rough, and the outing was sweet. I have not socialized with anyone other than Claude and Marcos, so it was nice to be included. Also, nice that Sarah was not there. The student I like the least has managed to stay with the class all 3 weeks and each Monday I pray she will be gone.

I love my school. The people here are kind and each person from security to the café cashier make a point of making each encounter a learning experience. With that being said, I have had it with learning experiences. Alex the kind man upstairs from us has been gracious enough to allow me access to his internet to make working a home easier. I can also stream on the computer.

We finally received out cable box. To my dismay the only English I can find is the news and I left the country not wanting to hear more about Trump and it’s all I hear here as well. Alex offered to practice French with me, but I told him I don’t have enough English in my life and he has been kind about refraining from the lessons.

Last week Claude called Marcos to ask help with getting rid of the coach. The “Sanford and Son” couch has been bugging since the first day, it is so big it required them taking the legs off of it, and the door off the hinges, to get it into the other apartment for Gloria. The only way we were allowed to rid ourselves of it was to get to her other rental. Marcos and 2 of the other cousins came to the rescue, in less than an hour, the coach was on top of a van out of our living room. One couch down and one more to go.

The following day the city came and picked up a huge load of junk I managed to get to the curb. I was told they would only pick up the things that Claude had provided on a list for them when he made the request on the phone. I snuck out as much as I could, prepared to schlep the rest back up for another try the following week, but was rewarded by them taking it all.

Slowly the place gets bigger and better. Of course along with the good comes the bad. I’m happy to rid of more of the junk, but it allows me to see the desperate need for painting. I had hopes of doing a room this weekend now that Claude is working both days, but he prefers that I wait for him.

Work for me is in transition, they have changed the system that we use for bill approval, leaving me with no work for a few days. Options are endless with a free weekend and no painting, work or husband. I plan to go to a flea market and try to study. Claude suggested I go to Brussels, I have been wanting to go for the beer, but I don’t want to go on a big outing without him. Might be time to go to the museums.

His job has proven to be demanding with the new opening and high profile. He has been doing well and his paycheck shows him to be considered management witch is very nice, but that’s more hours and less pay. He is very worried about the number of hours they have him scheduled this week and has me a little concerned as well. Part of us coming here was to give him a real life not the American rat race we left.

He has had many encounters already with very famous people, both politically, in the wine world and the Michelin team. I am glad that he is building a new network, but he isn’t sleeping much and he is losing weight that he doesn’t need to be rid of. I have managed to lose a couple pounds despite hunting out the best hot chocolate and onion soup the city has.

We try to go on 1 date a week together. The first date was at the Eifel Tower at night to see it sparkle and have a picnic. Our date this week was to a movie. It ends up it was the premier of the Oliver Stone movie “Snowden” witch was excellent, the best part was that Oliver Stone was there to do a Q&A. Seems that America was not hip to financing a perceived anti-American film, and the majority of the funding came from France and Germany.

I spoke to Robyn the other night who reminded me that I should re-watch “Eat, Pray, Love.” I enjoyed it and laughed relating to so much. In particular, she says in the movie, “Ruin is the road to transformation.” It really describes me at the moment.

I know that looking back at this, years from now I’ll not remember the ugly coach, the walls that needed painting and the girl I didn’t like in class. Or, at least I hope I don’t. Maybe I look back and remember the music in the metro, the chestnuts roasting on the street corners, the smell of rain on the cobblestones.

I know that as I walk thru the streets, today, I have started to understand a few words on the magazine covers and understand a bit of the conversations on the street rather than tuning them out as white noise that made no sense to me before. Maybe in another 3 weeks the internet will work and I’ll write about the city in winter.

Autumn has come and the leaves change like I do, and maybe I’ll keep falling like they do, but spring will come and maybe I’ll be able to speak better than the kids in the streets and surprise myself with finding joy in the nest I have created and the adventures ahead.

One thought on “6ème arrondissement”